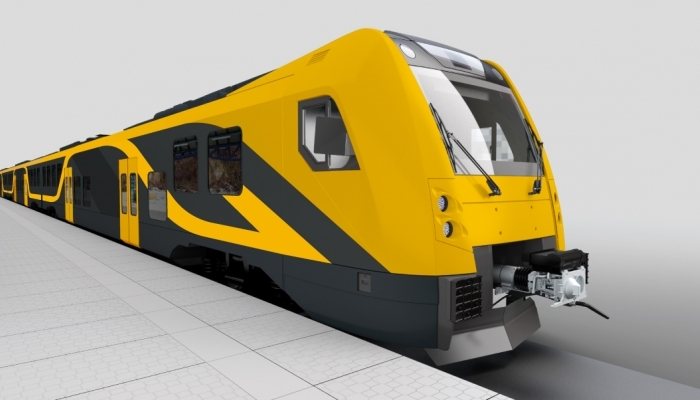 On 12 February, the Minister for Transport Tālis Linkaits met with the Chairman of JSC “Pasažieru vilciens” Rodžers Jānis Grigulis, as well as the representatives of ŠKODA VAGONKA a.s. – the Chairman of the Board Martin Bednarz and the Sales Area Director Ivo Gurňák to discuss the production of electric trains. During the meeting, the Minister received a model of the new electric train as a gift, thus, for the first time, allowing to present the design of future trains to a wider public in Latvia.

During the meeting with the senior management of the Ministry of Transport, the most important issues regarding the production of electric trains were discussed. According to the representatives of ŠKODA VAGONKA a.s., the project stages are implemented sequentially in line with a time schedule, which is ensured as a result of close cooperation of the project team.

The Chairman of the Board of JSC “Pasažieru vilciens” Jānis Grigulis states: “Ever since the conclusion of the contract, the representatives of both Latvia and the Czech Republic, by mutual communication and taking the necessary steps, are gradually moving closer to shifting from the planning stage towards the following stage –  the actual production of the first train. In the planning stage, one of the first tasks was to select the exterior colour scheme of trains. Therefore, immediately after conclusion of the contract with ŠKODA VAGONKA a.s., we commenced to seek for the best solutions. Although the exterior of the train is only one step in a sufficiently complex train production process, it will be the first and most visible step, which will not go unnoticed. We are thrilled about the range of colours of the new trains and their application on the body of the train. The colour scheme gives the impression of dynamism and stability. This combination of colours and their derived gradations have become classics in the transport industry. Hopefully, also our existing and future passengers will find our choice attractive.”

The Minister for Transport Tālis Linkaits notes: “I am very pleased that the production of the new electric trains progresses according to the intended time schedule, in particular in view of the high standards and quality requirements. I am convinced that the management, specialists, and technical staff of JSC “Pasažieru vilciens” provide meticulous monitoring and supervision of the implementation of all necessary works, to ensure that the future trains, which in only three years will form integral part of movement and mobility of modern society, arrive to Latvia on a timely manner and in conformity with the requirements of the concluded contract.” 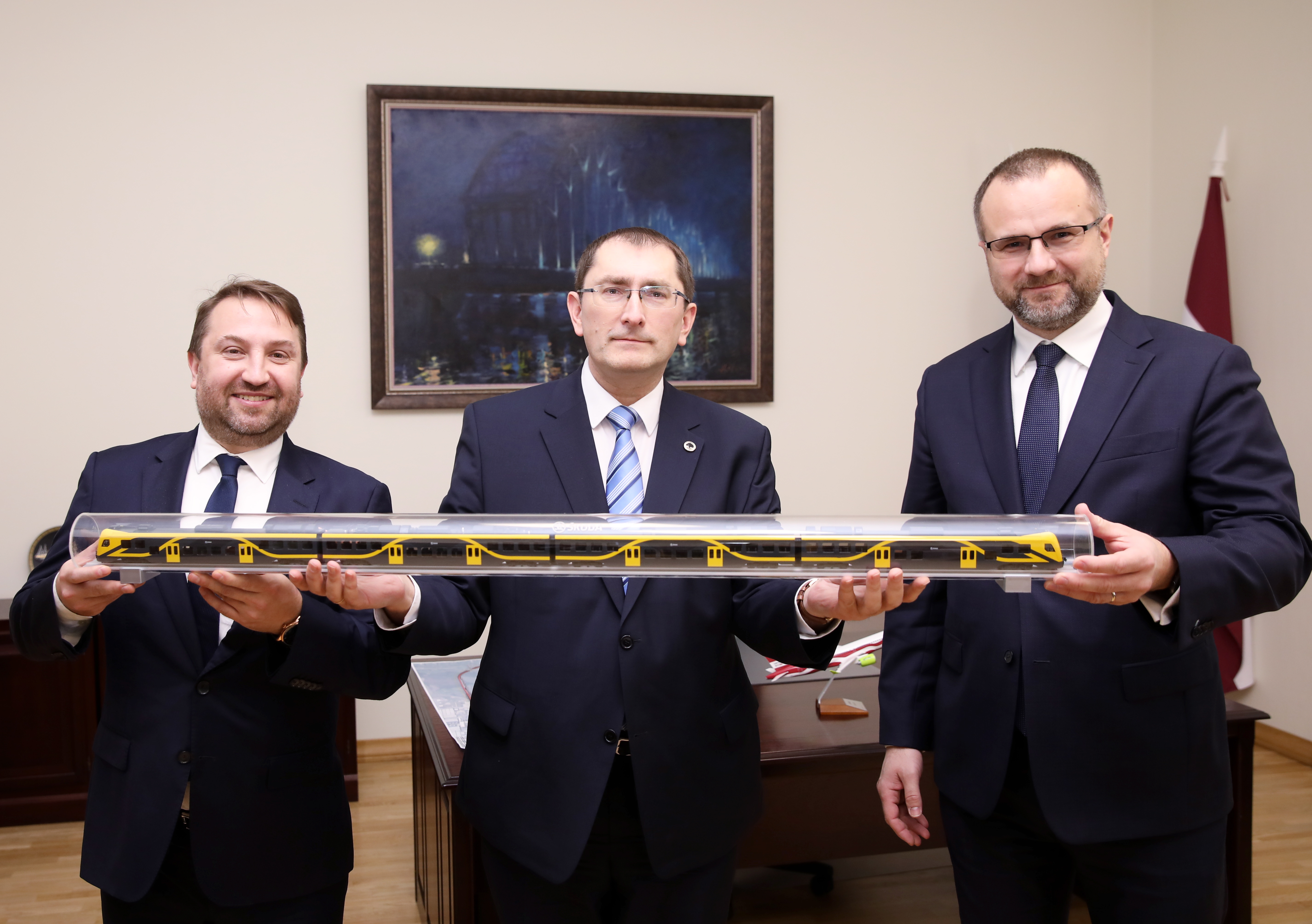 According to the concept proposed by the artists, the exterior of the new trains will take the form of a combination of three colours – Traffic Yellow, Anthracite Grey, and Dark Grey. For the new electric trains of JSC “Pasažieru vilciens”, yellow was selected as accent colour in view of its aspect of functionality, as well as the consistency with the specificity of transport industry. It implies practicability, energy, fashion, and technologies. Moreover, yellow produces the most durable sensation – in 80% of cases of colour blindness and different types thereof, the colour retains its expressivity and visibility, thus increasing accessibility in public transport industry. Traffic Yellow is the most visible colour of all colours with high light reflectance, which is why this colour has already been used in the transport industry for safety and visibility purposes since the middle of the last century.

However, Anthracite Grey – a shade named for its resemblance to the colour of anthracite coal – is commonly used in thermal power stations to produce electricity. The base colour of the new electric trains, which is the most luxurious of all grey shades, serves as both a functional-technical colour and a background to help highlight the yellow elements. Anthracite Yellow and its auxiliary colour Dark Grey will be long-lasting, and they will facilitate the maintenance of the trains. 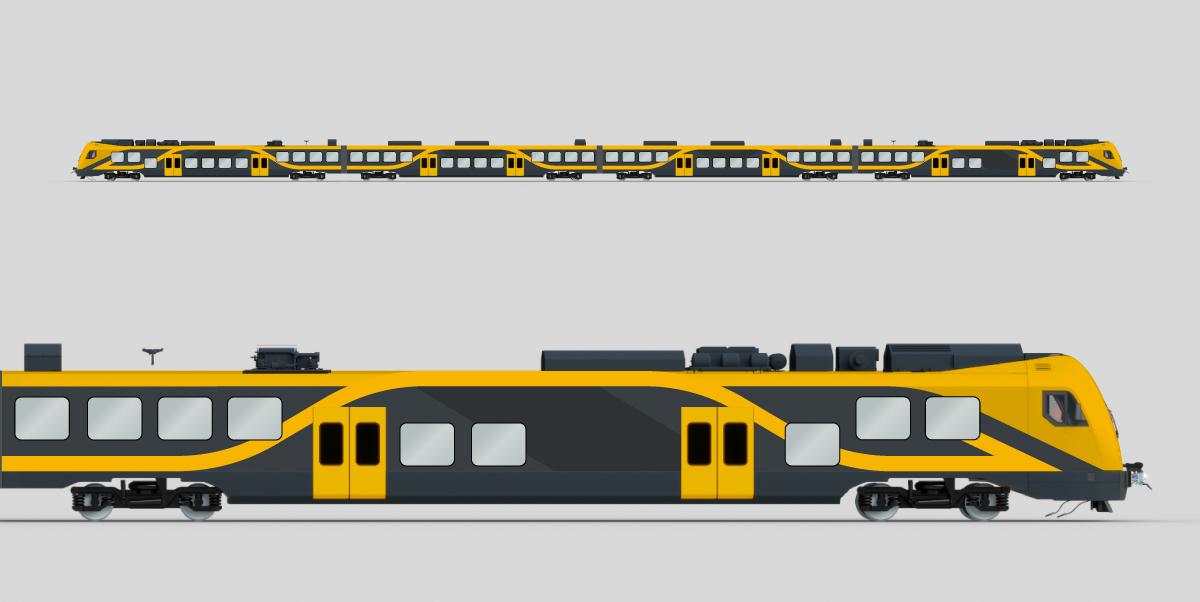