Out of 22 diesel trains, only 19 are currently available for transportation of passengers 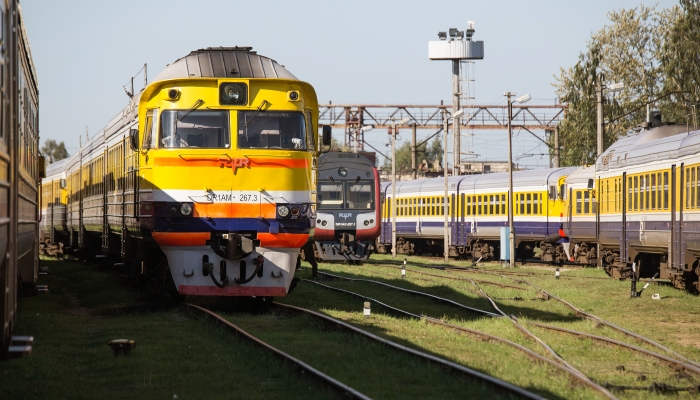 Following a traffic accident resulted in damaging one of JSC “Pasažieru vilciens” diesel trains, only 19 diesel trains are currently available for transportation of passengers and there are no reserve trains available in peak hours.

Out of 22 diesel trains available to JSC “Pasažieru vilciens”, one train is undergoing pending scheduled repairs. Another one diesel train was involved in a traffic accident taken place on Saturday, April 4, which resulted in damage to the engine car of the train and thus the train is currently out of service. In addition, one more diesel train of model DR1A that is equipped with the engine produced by Russian manufacturer PAO “Zvezda” has been out of service since Monday, April 6, due to engine failure. This train cannot be repaired at the moment due to current lack of spare parts required to repair the diesel engine. JSC “Pasažieru vilciens” is nevertheless looking for solutions so that this diesel train could be put back into operation as soon as possible.

During the emergency situation when the number of passengers has significantly dropped, the passengers will experience no significant changes, however, being back to the regular passenger traffic, the passengers comfort is likely to get reduced on some routes as seats will not be provided for all passengers.

JSC “Pasažieru vilciens” will continue to provide passenger transportation on all routes, though, under normal circumstances on weekday mornings and evenings, as well as on public holidays when the most number of trains are in use, there will be no reserve trains in the diesel train fleet to be used in a case if a train cannot go further due to any reason.

Moreover, since the rolling stock available to JSC “Pasažieru vilciens” is reducing, there will be an increase in the number of routes where we will be forced to operate shorter trains with reduced number of seats. The company is ready to initiate soon a procurement procedure to purchase 7 new diesel trains in order to have new trains for passenger transportation as soon as possible.